Metal Recycling: What Are The Benefits?

Due to the growing demands of Canadian government offices, which are pushing for more environmentally friendly practices, the metal recycling industry is booming. An estimate from the Canadian Association of Recycling Industries suggests that ~45% of the world’s yearly production of steel, 33% of aluminum, 40% copper is created by recycling scrap metal. Since there is constantly more and more efforts towards improving the recycling process, this is only going to go up as time goes on. Metal by itself makes up the largest part of the recycling industry. You just have to look around at how much metal is used to see why.

One of the benefits of metal, unlike other recycled materials, is that it retains its properties throughout the process, allowing it to be used again and again. By salvaging scrap metal and recycling it into new products, we’re able to lower our impact on the environment by not consuming the finite amount of resources available. But what are some more tangible benefits for our society with all these metal recycling efforts? 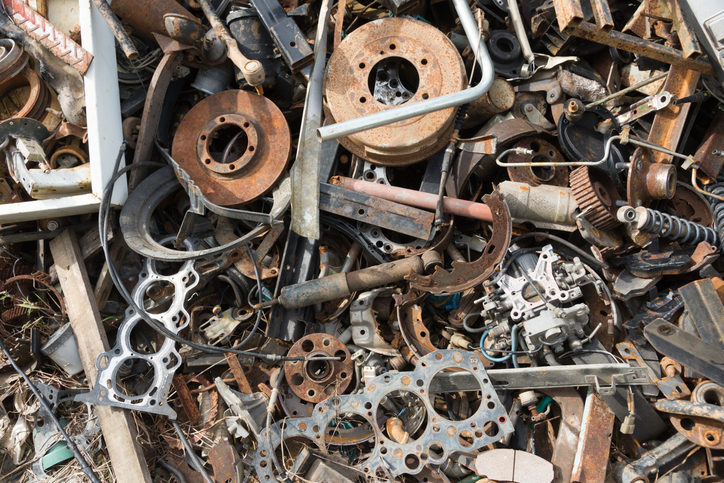 By collecting scrap metal and recycling it into new products we are able to lower our impact. This occurs in several ways. The recycling process conserves energy that would otherwise be used in mining operations. A study from the Bureau of International Recycling has shown that when metal gets recycled, aluminum for example, approximately 4460 kilojoules of power gets saved.

Additionally, mining operations produce a large amount of greenhouse gasses, which are reduced thanks to recycling. The same study as mentioned above also noted that scrap metal recycling, prevents the production of 354 kilo tons of CO2. Keeping greenhouse gasses out of the atmosphere is a major part of fighting climate change, as we’re sure most people have heard by now.

For some, the environmental aspect is just a nice addition and what they are really interested in is jobs and industry. To that end the metal recycling industry employees over 34,000 people and indirectly creates jobs for over 85,000 others. This is considered to be tenfold the amount that waste and landfill industries create together. Furthermore it is a major contributor to the Canadian economy as a whole.

Getting Your Metal Recycled

If all that sounds good to you, and you want to make sure your scrap metal gets recycled but aren’t sure how to go about it, we can help! One of the services we specialize in is Scrap Metal Recycling, and we have been a leader in that area for over 50 years. We tailor our service to maximize your bottom line by reducing costs, and improving productivity. Metal recycling plays a large role in sustainability efforts, and we are proud to play our part in contributing to them.

By using our service, you can contribute to it as well.